Our Culture. Our Community. Our Identity.

The Wassamasaw Tribe of Varnertown Indians is a community with a rich heritage of descendants from various native tribes and nations that once inhabited the lowcountry. All documented history show that our progenitors inhabited the now present community since the early 1800's in what was known as St. James Parish Goose Creek and St. John's Parish Berkeley. The community situates between the towns of Summerville and Moncks Corner near Carn's (now Carnes) Crossroads.

Carn's Crossroads is the intersection of Old State Road (Hwy 176) and Alternate 17. Carn's Crossroads was named after Dallas Carn, plantation owner and local magistrate in the early 1900's. The historical Cherokee Path to Charleston ran across Goose Creek near Moncks Corner and through the Varnertown Indian Community. Various other Native paths and trails joined this path in what is now Berkeley County. 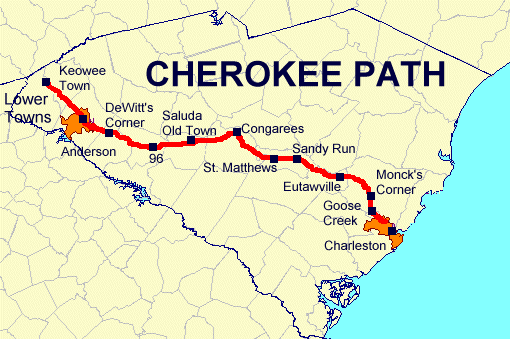 Other native lineages in our community are the Clark, Dangerfield, Driggers, Broad, Burbage and Huff. The Clarks can trace their ancestry to a Catawba woman living in St. James Goose Creek Parish. John Gough testified that William Clark was the son of Catawba woman born in the St. James Goose Creek Parish. No name was given. The affadavit was sworn and recorded in 1807. The Dangerfield line are the descendants of Hannah Edings who married John R. Dangerfield, the son of William Dangerfield of Virginia. Hannah was the daughter of "Indian Mary" of Edisto Island. Indian Mary had a daughter by William E. Edings. After his death, Hannah was kept by William Edings' widow, Mosley Edings. This affadavit was sworn by William Beemer (an Indian) who was aquainted with Indian Mary. John R. Dangerfield and Hannah had four sons; John, Morton, William and James. There are also documents where these children filed with SC courts as free Indians and therefore, exempt from the capitation tax law. They won their case. The Driggers lineage comes from Elizabeth Driggers, documented as Indian, who was living in the pineland village of now Summerville who opened her doors to mission services in her home in 1883. When her home became too small, work was begun to build a mission church and day school. Mrs. Catherine (Kitty) Springs, a Cherokee woman, gave a parcel of land to build a chapel and gave the money to build the chapel and school, establishing the St. Barnabas Mission. Many of our ancestors attending the mission school. George Broad, a German immigrant who came to SC in the late 1700s, settled in St. John's Parish, Berkeley and established a plantation by Bambaretta. Bambaretta was a plantation owned by John R. Dangerfield. George Broad owned an Indian slave named Daphne and had children with her. George Broad wanted to ensure that Daphne and his children remained on his land and enjoyed their freedom without interference. Because they could not own land, George Broad willed his friend, John R. Dangerfield to be executor of his estate and guardian of Daphne and his children and grandchildren. The will dated in 1836, was upheld by John R. Dangerfield throughout his life, but after his death, citizens and children of John Dangerfield filed a claim in court to dispossess them of their land. The Huffs descend from William Huff who came to SC during the Revolutionary War along with John Burbage. John Huff, the son of William, married Elizabeth Burbage. Elizabeth was the daughter of Thomas Burbage and Nancy Platt. Thomas' sister, Mary Burbage, married Frederick Goins. Thomas Burbage was the grandson of John Burbage. The Huff and Burbage family lines have intermarried into the Varnertown Indian community core family lines. These distinct lineal lines have intermarried over the years to form the core community of Varnertown, a settlement community. Most community members can trace their bloodlines to multiple Native American lineages.

With the fear of malaria, many of the colonist in the 1800s moved from the coast inland. Here many plantation owners established pineland villages. It was in 1884, that the St. Barnabas Mission School was established in the present day Town of Summerville. Many of the Driggers ancestors attended this school.
In the fall of 1887, The Barrows Mission School was opened. In the paperwork of the Protestant Episcopal Church in South Carolina, it describes that a devoted churchwoman was touched in her heart by the natives of the Barrows neighborhood, and were "sheep without a shepherd". School records show that Broad, Burbage, Dangerfield and Locklear attended this school and were baptized. The Barrows community was a pineland village outside of present-day Moncks Corner near the Varnertown Indian Community.

During the early 1930's, state supported schools were established for the Native American children of the area. The Pine View Indian School was established at Ten Mile Hill in 1934. Some of the Varnertown Community members relocated to that area to find work at Aichele Nursery and Florist. The children of these families attend Pine View Indian School with Mrs. Gertrude Harrington served as teacher. The school closed in 1937.

The Varner Indian School was established in 1939 in the community. It was a one room school that served the Native American children in the area. Mrs. Robert Dehay and Mrs. Annie Tupper served as teachers for the school. The school closed in 1963 due to desegregation. 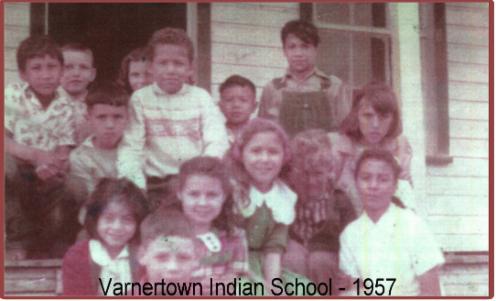 The Varnertown Indian people have been identified historical by many names, such as Summerville Indians, Varner Indians, etc. We have always identified ourselves as Varnertown Indians or Varnertown. In 2001, The community reorganized and charted under the Secretary of State as a non profit organization in efforts to preserve and share our history and traditions. We have worked with state agencies and other Native tribes and communities to bring awareness and help educate others on our history and existence. Our membership consists of about 1500 bloodline members locally and abroad (those who have moved away from the community). 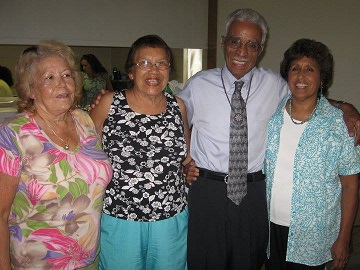